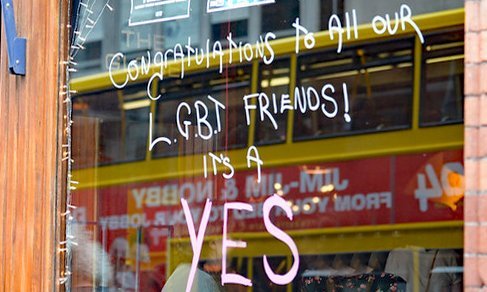 I vividly remember how pleased I felt in May 2015 when Ireland became the first country to approve same sex marriage by popular vote.  It truly was a day to remember.  There was over a 60% turnout of people in Ireland to ensure that the ‘Yes’ vote was confirmed at 62% against 38% on the ‘No’ side.

Although I had no personal investment in the outcome, as someone who believes wholeheartedly in equality, it was hugely important to me that Ireland was mature enough to give its citizens the right to marry the person their heart and mind desires.  The outcome of this referendum brought me joy because it had significant meaning for some of my family members, friends and colleagues.   It resulted in an amendment to the Constitution of Ireland to ensure that marriage is recognised irrespective of the sex of the partners.  In other words, it means that all marriage is equal.

It’s now six years since Ireland said ‘yes’ to marriage equality and at this stage same sex marriages are an everyday occurrence. 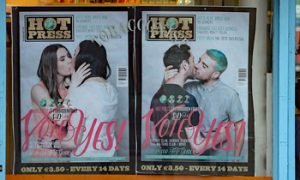 However, it’s naive to think that it’s a case of “everyone lives happily ever after”.   To give you a sense of the difficulties that people in Ireland still encounter:

“Government statistics from 2019 have shown that even in the time since the marriage vote, 29% of gay men have reported being physically attacked in public.  While 24% of transgender or intersex people reported suffering similar abuses.”  Irish Examiner 12 Feb 2021

The Catholic Church is still unwilling to bless these unions but based on what has been stated in the mainstream media, it seems that there are a number of wise priests prepared to go against that directive, for those people who may wish to receive a blessing.  However, there are other options such as Interfaith Ministers who are delighted to work with people of all faiths and none.

Is there really a problem?

It might be easier not to connect to this as an issue of concern if there is no one that we personally know who is being impacted. 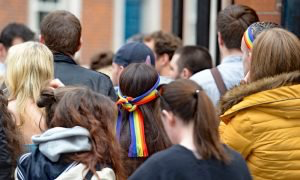 Dr Aoife Neary, Sociology lecturer in the University of Limerick, is reported as saying that there’s a danger in “declaring certain fights over that have only just begun“.  And she also highlighted that “whilst recent legislative changes are a positive start for many LGBTQI+ people, they can sometimes distract from the compromises that have been made and the cultural realities that exist.”

Vickey Curtis – a spoken word artist and performer who performs under the name of Ragin Spice offers these words of advice to anyone who is young, exploring relationships and figuring out their sexuality, and it’s to “be safe and don’t be afraid”. “Get a safe space to talk, explore it as much or as little as you want, read and watch everything you can.”

Going in the right direction

I will end with this great quote from James Kavanagh in that same article in the Irish Examiner 12 Feb 2021 “the future isn’t a gloomy void – we’re going in the right direction.  We say cead mile failte, but we’re not at a ‘hundred thousand welcomes’ just yet.”

This is a link to that full article in the Irish Examiner written by Daniel Byrne because if you haven’t read it – it’s worth reading: https://www.irishexaminer.com/lifestyle/people/arid-40222886.html

Live and let live…we can do it – let’s make sure that no one is left behind! 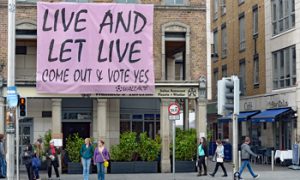 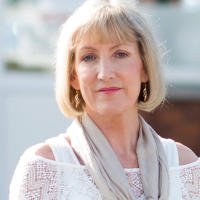